B137 - Tying up loose ends for the end of the year

Well I went in to work yesterday and was surprised to see the new schedule didn’t include me. I say it was a surprise as for the past few weeks I’ve heard from various staff members that I was going to be one of two part timers that would be kept on in the New Year. Last weekend, the manager, had mentioned to me in passing that she wanted to see me but never did. I feel that part of the reason for letting me go is that she can control and intimidate the girls who need a job, but she can’t do that with me. I can’t say that I’m not disappointed as I would have liked to work a couple of days a week, but at the same time, I now have all the free time I need to spend on writing my books and getting them published…

Today I downloaded or rather cut and pasted, all 247 All-Experts questions and answers for the year. I also cut and pasted my BLOG posts, pictures and links. I did a lot of posting to the web this year as my personal Blog had 157 “word doc.” pages not including my other five Blogs that I didn’t copy for now. I haven’t been really been working on, or writing my book and now I can see why, but all this is also has a purpose.

Yesterday was my second last day at work and it was a strange feeling as I felt ostracized by the staff. I felt like a stranger in a strange land and the people that had been friendly and chatty were now cool, aloof and detached. The two part time girls that were being kept on also felt “snooty” today and pushed their positions over the other girl and I that were being laid off. I felt that they felt that were some how better that us as they were “chosen” to stay on and we weren’t. Any disagreement with their demands brought sarcasm and innuendos that I wasn’t being nice to them because I was leaving. That I should somehow listen to and obey their commands and do the work that was part of their job, but that they now felt they could get us to do. I expressed myself and didn’t take any of their “polite” bull shit.

These two women are both what I call “yes” women and I feel are trying to work their way up the so-called corporate ladder of this company. I don’t see any opportunity for any “worker” to get into any position of real authority and financial position as it’s all controlled from outside the box of the retail store. The district manager, I assume, reports to corporate head office but I don’t see him as anything other than a glorified office manager going between different store managers in his district. He may be “above” the store manager, but he’s still an employee and as such, has a long way to go before he can have any direct say in company affairs and direction.

These are all “wanna be’s” that will sell their soul to try to “make it” and to have the life of their lost hopes, dreams and desires, that they feel that position, money (power) will bring. The other people that are working there are those that “need” a job or can’t find anything else right now or are too afraid to start over and will take the shit and abuse and the pittance of a pay cheque as it’s better than nothing. These are the people that are giving up their power to those that desire it.

4:02 am It’s the old chain of command syndrome, it was that way with all the other jobs I had. I felt I had to work my way up the chain of command or corporate ladder to an imaginary place of power so that I could get what I wanted and I’d be happy. But that was all an illusion because unless one had a major financial interest in the company, no matter what your corporate position, you were only a figure head for the owner or shareholders. These were the ones that had financial interests in the company and it was they that pulled the strings and could change the position and status of any employee within the company. 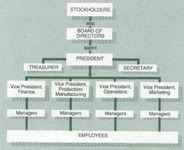 That’s the way it is in the old world of dog eat dog and survival of the fittest, who can claw their way up this illusionary ladder of power on the backs of others who are considered “meek” and are “outside” this so-called “inner circle” of wanna be’s in power.

4:44 a.m. All this leads back to my childhood and in wanting to get bigger, stronger and older so that I could “grow up” and be able to do what I was told would give me happiness, as what I experienced didn’t being me happiness, not because it couldn’t, but that what is actually coming at me in my experiences was unloving. Unloving authority figures that would have me believe that I were wrong or inadequate because of some physical, mental or emotional deficit and that if I learned, obeyed, played the game, that I would be able to meet the standards and expectations that this unloving authority figure and society has on what it takes to not only be happy, but also worthy and acceptable.

But, as we learn and grow older, we then get caught in this “corporate ladder” game where it’s still basically the same stuff that we lack as when we were a child, it’s just that now it has taken on a different form and we don’t recognize it for what it really is.

5:03 a.m. I just realized that when I dropped into the store on Friday to pick up a few items, I saw the manager just as she was leaving the store. She said hi, but it felt cool and distant. I just realized that if she had sat down with me and spoke the truth as to why she was letting me go, she’d also have to admit to the reality of the “game” she was playing, but denying she was playing. My speaking up and challenging her so-called authority and corporate policy and procedures was reflecting her denied issues. If she was going to use the so-called “game” against me, she knew that I would challenge any BS she would try to use against me and that if she was going to be “real,” she would have to admit (accept) them for what they really were, but in doing that, it would also uncover and expose her own denials. So to keep the lid on everything, it was just easier to quietly let me go and not stir up the underlying issues and to do that, she had to avoid contact with me and if there was, to say as little as possible.

It’s the same with the rest of the women because if they were to voice their true feelings about the reasons for my leaving, then that would also expose the feelings that are denying by staying and keeping their mouth shut and doing what they are told and expected to do.

They are not shunning or ostracizing me, but are in reality. afraid of me, or rather afraid of what I’m reflecting to them and of ending their denials and what that would mean. What I say and do that they would like to say and do but can’t, out of fear of losing their jobs and of what others would think of them.

Sunday, my last day at work and also the last day of the year. It was a different day as now I felt empowered. I had fun and so did some of the customers I served. I also had fun with a couple of co-workers and the supervisor. By fun, I mean I enjoyed myself and was real at the same time. The two part-timers I mentioned before were also working and it was interesting to still see what I called their “Queen B” attitude get even bigger I commented on it and it was also picked up by the other co-workers who were also starting to be intimidated by them. The supervisor also became aware of the power plays going on and made moves to stop it without actually confronting the Queens B’s. It will be interesting to see how it plays out in the coming days and weeks as the Queens will be back to being at the bottom of the so-called ladder.

Hello John!
Just letting you know how thankful i am to have met you and to have received your advice and that you helped top perform a miracle. The relationship with my mother has been revived. What i thought was a dead end relationship with no hope for neither of us...well...i was wrong thanks to you :)!